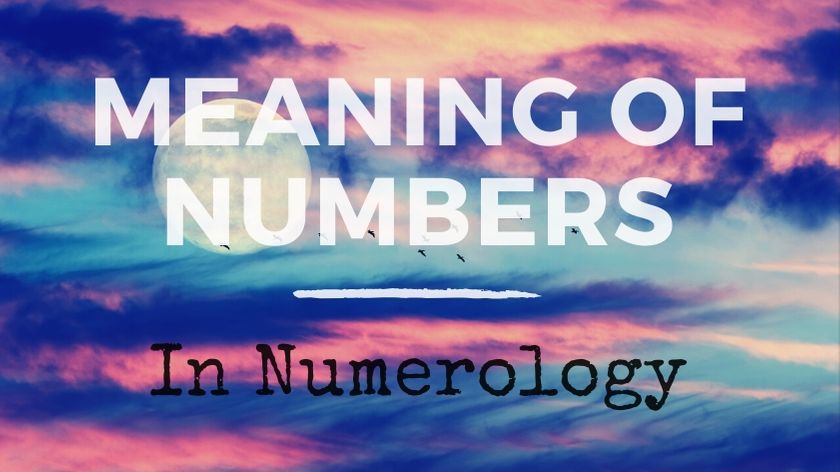 There’s very little in this world if such a thing exists, that cannot be explained or brought down to the level of simple numbers. It’s crazy, isn’t it? That is what early scientists realized and began to give credit to numbers. They explained almost everything in terms of numbers.
A number isn’t just mathematical, nor can a few computations explain a phenomenon in the world; numbers are spiritual and symbolic. Numerology is the study of numbers and their meanings.

Symbolism and Mysticism of Numbers in Numerology

Most people live for many years without ever seeing numbers as a tool used outside math. Many others would live and die without the knowledge of the symbolism of numbers. Numbers are way more than math. They represent the building blocks of the universe and our lives.
There are many mysteries hidden in numbers, and we all have a number that brings clarity to our lives. Unfortunately, many people die or live their entire lives without knowing the spirituality of numbers. Numbers have a spiritual and symbolic part to them, and people who haven’t fully understood it often miss out on the great messages the universe has to impart.
Even in ancient times, numbers were used to express several mystic ideas – the weather, the overflowing Nile and even in divination. So many cults dedicated their time and energies to studying the symbolism of numbers such as the Pythagoreanism.
Numerology is the study of numbers and their meanings. People who study numerology understand the world, and that helps make life easier for them. That’s because they can read and understand the messages that hide in numbers.
For you to understand what message familiar numbers might be coming your way, you need to understand the spirituality of numbers.
Before we go into the meaning of numbers, you should know that people are tied to numbers and your number, whether a life path number, an expression number, a personality number, or heart desires, a number can tell so much about you.
They are all calculated differently, and knowing them offers clarity. You suddenly have a purpose now that you know what your strengths are and what destiny has in store for you.
Life’s uncertainty is one of the biggest hurdles we face. You can make it easier by analyzing the core of your life – numbers.

The Life Path Number is similar to one’s zodiac sign. Based on numerology, your life path number can reveal the path your life would take. Your life path number is calculated with your birthdate. For example, if you were born on Feb 10th, 1998, you’ll calculate it as follows.
Feb is the second month of the year, so you’ll replace it with the number 2.
2+1+0+1+9+9+8= 30; 3+0 = 3
Remember that you’ll keep adding until you get to a single digit.

Your expression number or destiny number exposes your natural strengths and weaknesses. It is simply a blueprint to understanding your traits and how to maximize them. To calculate it, you add the numbers that correspond to the letters of your name.

It can be difficult to know what we want in life, and that’s a source of frustration. Often, we think we are truly looking for something, but deep down inside of us, we want something entirely different. Wouldn’t it be great if we could know what our deepest desires are? You can thank your heart desire number.
The heart desires number is calculated from numbers that correspond to the vowel letters in your name.
There are 10 core numbers in numerology. All other number combinations come from here root numbers, and they are the numbers, 0-9. Each of these numbers has an underlying meaning that can give you insight, depending on what you’re looking for. If you want to know your heart desires, you can check it from any number here, depending on what you get as your heart desires number.
We’ll be looking at the meanings of these numbers on a general scale but centered more on life path numbers.

The Meaning Of Numbers In Numerology

In ancient history, the number 0 was awarded god – like awe and respect. It is seen as the father of the earth, the perfect circle, and an endless loop.
0 holds a lot of importance not just as the void from which everything starts but as a symbol of new beginnings and purity.
The perfect circular shape of 0 is without any hidden corners and angles, and so it embodies openness and transparency. If your number is 0, you are an open book, most likely. You are complete, wholesome, and accepting of all.
Again, the endless loop demotes a continual loop of potential and ability. 0 is the starting point, where everything is possible. You have what it takes to succeed and be at the top; the rest is left to you to harness and put those strengths into practice.

While 0 is the stage of potential energy waiting to be harnessed, 1 is the start. So much is demanded from the number 1 and this often shows in people whose numbers are 1. For instance, when the year ends and start again, we start counting down from 1 again, just like we do in months and divination. Just like the number that represents your life path, you are a self-starter.
You stand tall, proud, and independent like one, and while that independence is a great trait, it can also be a stumbling block to you. You can’t stand alone all the time, so learn to bend a little and let others stand next to you. Also, it might do you a lot of good to let your pride down a little bit.
On the other side of it, your number is a sure indicator that the top would always have a place for you. You’re a go – getter who is always ready to be at the forefront. If you are planning an event and the number falls on a 1, there’s a high success chance.

Yin and yang, black and white, heaven and hell are all great indicators of duality, and oppositeness 2 is the symbol of duality. As a 2, you haven’t met a group of people you don’t like and who didn’t like you too. You’re just not cut out for the aloof and lonely life. You thrive in the presence of other people.
Other people describe you as caring, understanding, bold, and confident. You are the first to know when someone is going through a hard time because your skills of observation are second to none.
But your signs show the duality, and as cheerful and loving as you can be, you can also flip the coin real quick. Your temper is as hot as your caring is deep, and your skills of observation mean that you could hurt people by hitting them right where it hurts, so you have to be careful about that.

You are creative. Your creativity is an innate ability you possess because you lack strong-willed discipline. You are pretty much a teenager who is still trying to find himself and figure out what life is all about. As a result of that, you float in dreamland, and this means that you also need a firm hand to guide you through life.
You can willful and stubborn as well as witty and charming. If you aren’t doing anything art related, then you need to find one because your destiny lies in being true to your creative self.

The number 5 is the number of freedom. It symbolizes all that is free and untethered. The number 5 loves to pursue adventure, and you can always find them wherever things are happening. They are opposed to any form of rigidity and limits because of their free spirits. Even their job choices portray that innate dislike for limits. They are most likely freelancers and travel writers. They also don’t harmonize well with people who are stuck in their ways.

When you picture the number 6, think of warmth. The number 6 is maternal, spreading love and light wherever it goes. It is beautiful and ever willing to care for other people.
The compassion that emanates from the essence of a number 6 is one reason why so many people are drawn to them for comfort and care.
The biggest drawback for the number 6 is their best quality. Their ability to care so deeply makes them open to exploitation and pain as people who don’t care so much let them down over and over again.

The number 7 is the illumined. He is smart, intelligent, and spiritual. Even more than that, he is always hungry for more knowledge. The number 7 hasn’t seen a book he wouldn’t read or a question he wouldn’t find an answer for.
In his quietest moments, he wonders what life is all about and the essence of living. Justice and fairness are two qualities he posses in spades and would always fight for. People often mistook his quietness for insecurity, but that is far from it. Number 7’s mind is simply too riveting to him.

The number 8 is the number of equality. The 8 is two balancing loops, one atop the other. Although people with number 8 can be focused on work and making sure that they create a financially stable life for themselves. They are very hard-working and focused on their work, and more often than not, they get positive results for all their work.
The number 8 is driven, focused, goal-oriented, and practical. When it comes to relationships, they need to step back from their practicality and let their hearts take the lead.

The number 9 is peculiar in terms of maths. It is the only number that overtakes the identities of other numbers and dominates it. Any number that is multiplied by 9 will reduce to 9.
Away from the mathematical aspect, 9 have quite a list of redeemable qualities. Firstly, number 9 is the mother of humanity. People with this number care so much about other people living in the world. They give so much that it becomes one of their major faults. They give so much of themselves and forget to replenish their resources. This often leads to a breakdown at some point.

What number are you? If you don’t know, you can always calculate it using the life path number formula above.